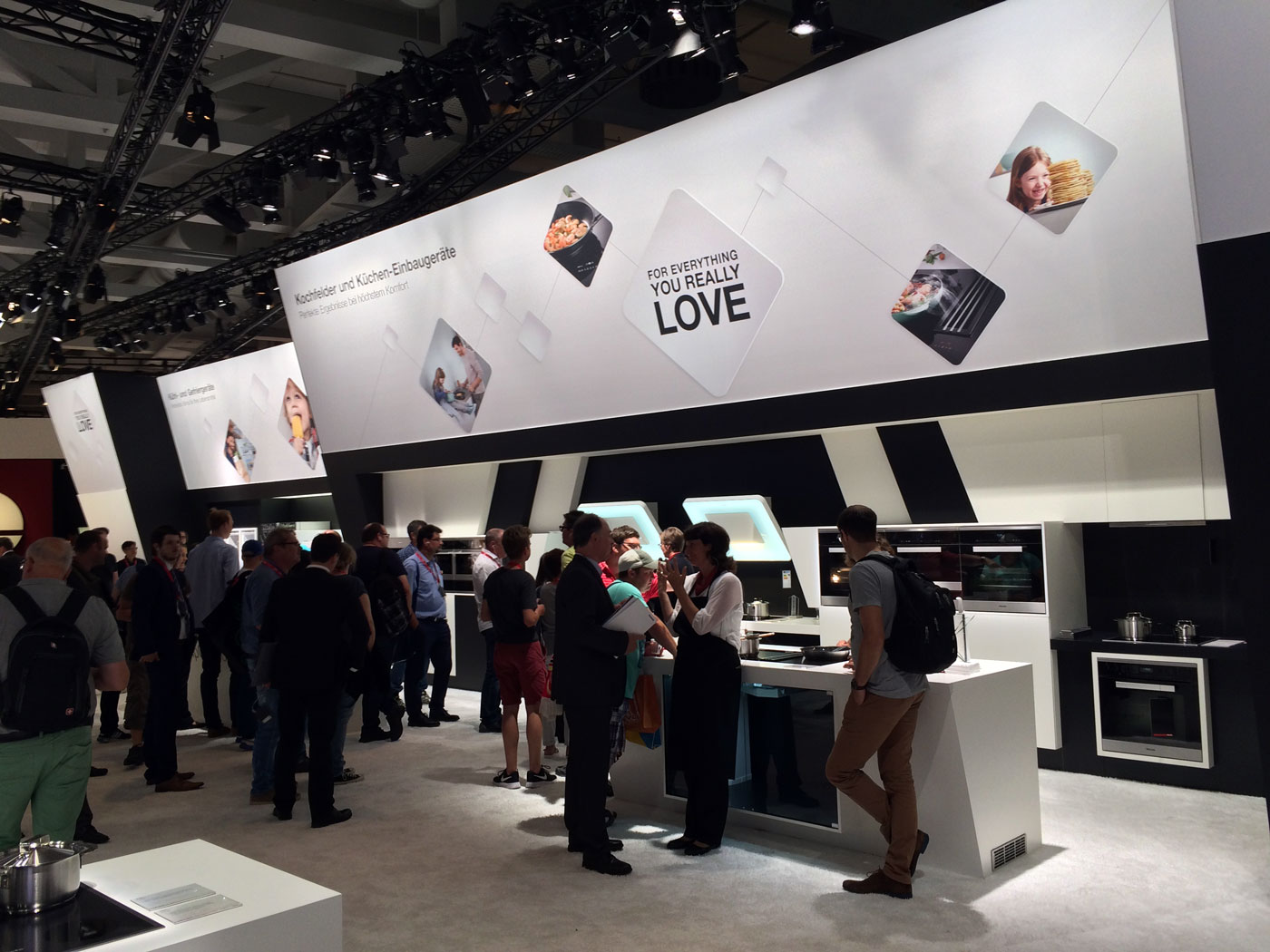 IFA, the giant European trade show, has been a hub for innovative kitchen appliances for decades.  As with previous years, some of the biggest and most innovative appliances makers presented what’s new in the home dining experience and also gave some clues on what else is to come.

The smart home has been a discussion point in appliance innovation for many years; however, this year a number of brands demonstrated big steps in bringing the concept to practical, day-to-day use.  Premium kitchen appliances, including app-connected cooktops and refrigerators, were presented by leading international brands as part of the smart home vision.  “It is just a matter of time until smartphones and wearable technology will become inseparable from our home dining experience,” stated Yuval Ben-Haim, President of Goji Food Solutions.

In the cooking space, much of the focus has gone towards new and intuitive user interfaces that aim to improve cooking convenience.  It’s not surprising that these innovations will first reach premium appliances, often the entry point for new and relatively expensive technologies.

Despite a good amount of innovation in the kitchen, the actual way we cook food in ovens has not changed.  “Unlike many other product categories, cooking ovens still cook in the same manner they did when they were first invented,” explained Yuval.  “While a great deal of innovation has gone into the user interface and convenience, oven cooking technology has not changed fundamentally for decades.”

The next big smart home innovation in the cooking oven space is expected to be the introduction of RF cooking technologies.  Ovens with RF heating technology cook significantly faster than conventional ovens while delivering very high-quality cooking performance.  RF cooking will therefore be a new source of excitement in the industry as well as among consumers.