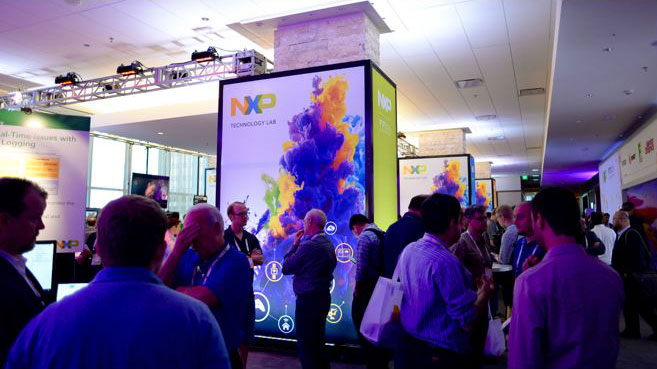 With over 3,000 participants, the NXP Tech Forum event is one of the best conferences for engineers to connect and learn about new technologies.  Solid-state heating generated a lot of talk at the event, with Goji’s demo oven taking center stage, both stimulating discussions on the exhibition floor and feeding our guests.

“We’re very excited to be here and feel the promising potential of solid-state cooking is starting to gain higher recognition in the industry” - Yuval Ben-Haim, President of Goji

Rick Clemmer, NXP’s President and CEO, welcomed Goji and was impressed following his own first-hand experience with the technology.  “These events are important as they help us engage with our key customers, suppliers and partners, as well as with industry-leading decision-makers, government officials and influencers,” said Rick in a subsequent interview.

“We’re very excited to be here and feel the promising potential of solid-state cooking is starting to gain higher recognition in the industry,” said Yuval Ben-Haim, President of Goji.  “NXP is an extremely capable partner with whom we are very pleased to work on existing and next generation products.”

The most common question raised was “What is solid-state cooking?”.  Solid-state cooking utilizes high power solid-state amplifiers which transmit radio wave energy to heat an object.  Unlike the typical magnetrons in a microwave oven, the energy can be control accurately in frequency, amplitude and phase, and when combined with Goji’s technology, it can be used to cook food more uniformly and efficiently.

The second most common question was “When can I get one?”.  Goji’s first residential oven partner will launch its Goji RF-powered oven in 2017.